It’s true! It never gets old when you received the notice your shoot has been featured! I have an amazing Senior Model Team both collectively and as individuals and group shoots never fail to entertain…..

For August the Senior’s Ignite Challenge was “Lens Flare”….. This was not the shoot I had originally intended but just like the tribal shoot the original version of my planned lens flare shoot had to be rescheduled because of weather. Still wanting to do another group shoot I came up with this idea and afterwards took a chance and submitted it knowing in my mind it wasn’t technically “lens flare”. Surprisingly that worked, maybe because it was different enough. Anyway, we had a blast! But man was it ever hot that night!

Let your little light shine and the whole world shines with you…. 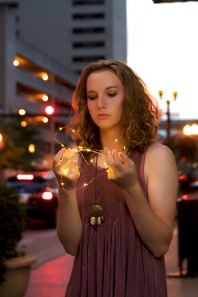